I am currently forming a new rock band to play the songs on my new album, "The Way," as well as earlier rock songs I've written. The tentative name for this new band is Rob Roper and the Lost Dreams.


I also plan to form an instrumental rock band, with an improvisational component, which will use the name Total Flower Chaos, that I used for my 2016 instrumental rock EP, Roses. See the Music page for info on that EP.


Finally, I will continue to play my acoustic and folk songs with whatever combination of acoustic musicians I can round up. The style will continue being loose and fun. 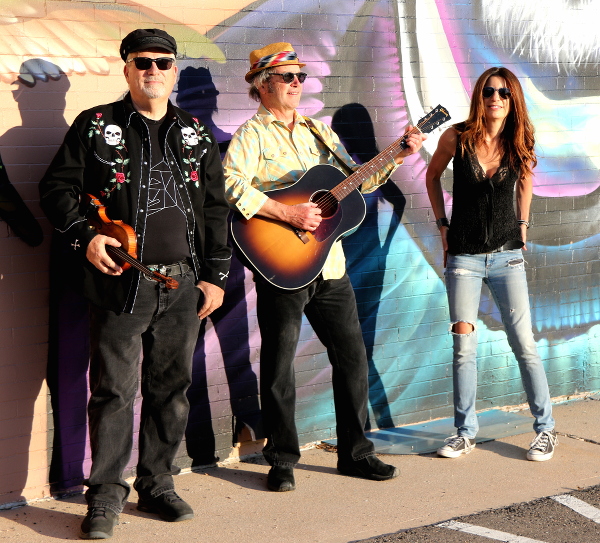 Scupanon was my folk-rock band from 2013 to 2020. Initially it consisted of myself on lead vocals and acoustic guitar, violinist Paul Ermisch and percussionist Sam Caston. Later, Janet Lipson joined on harmony vocals, and Diamond Jim Hewitt replaced Paul Ermisch on fiddle, mandolin and mandola. Various bass players and other musicians have joined for a gig or two.

Electric Poetry was my rock band from 2017 to 2019. It consisted of Jay Meikrantz on drums, Sean Mullen on bass, Paul Webb on lead guitar, Janet Lipson on harmony vocals and Kelly Walker on keyboards. I played rhythm guitar and sang lead vocals. 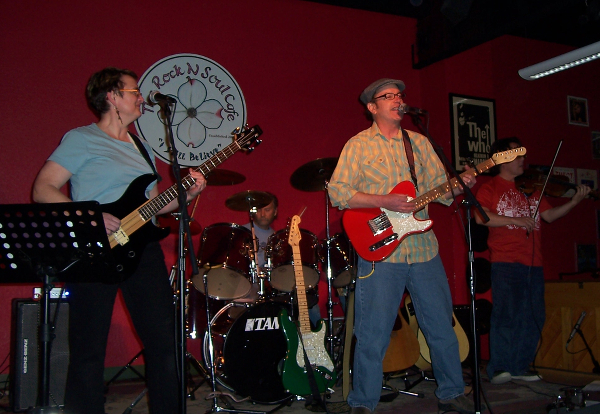 The Rob Roper Band only played from January to June, 2010. It consisted of me on lead vocals, electric and acoustic guitar, Paul Ermisch on violin, Laurie Lamar on bass, and Dan Heinrich on drums. Unfortunately, I don't have any good live recordings of that band.

I played with the Denver original rock band Dorian from 2014 to 2016. I played electric guitar, and co-wrote many of the songs.

I played electric guitar with the Denver original folk-rock band Charon Blue from 2002 to 2003, and assisted with the song arrangements.

I was co-leader, along with Kurt Loken, of the Tucson rock band Faded Innocence from 1994-1996. I played electric guitar, wrote two songs, and contributed to the song arrangements. I also recorded and mixed the band's two cassette albums.