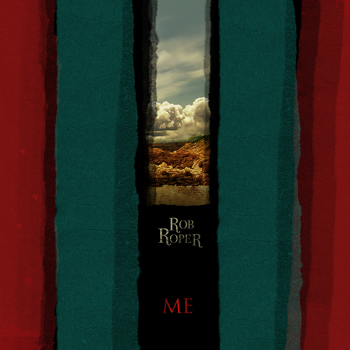 "Me" is in some ways Part 2 of my first EP, "Some Songs I Wrote". Originally I was going to call it "More Songs I Wrote", because it marks a continuation of my commitment to songwriting that I made in 2004. In fact, two songs were supposed to be on "Some Songs"-- "Daddy's Little Girl" (written in 2004) and "I Miss Me" (written in 2005) but were left off for various reasons.

The other 3 listed songs-- "Me", "You Could Have Had Me", and "Like a Child", were written in the Spring of 2008. There was a gap from about the Spring of 2006 to the Spring of 2008 where I started a bunch of songs but couldn't finish any. So in the winter of 2007-2008 I made some subtle changes in my songwriting method. The first results of that new approach were these three songs. (If you're interested you can read my blog for my musings on this subject.

The other thing I wanted to do with this record was to document the live sound I had achieved while playing out during 2007 and 2008 with Julie Oxenford-O'Brian accompanying me on violin. So Julie's violin appears on the first two tracks, "Me" and "You Could Have Had Me".

"Some Songs I Wrote" was DIY; I recorded and mixed it myself in my home, played all the instruments, and did the CD artwork. "Me", although self-produced, was recorded, mixed and mastered by Brian Hunter at Sawtelle Studio at Swallow Hill in Denver. The artwork was created by Nick Jackson. And I asked a few other people to play on the record; as mentioned previously I brought in Julie to play on "Me" and "You Could Have Had Me", Mandi Malone to play fiddle on "Like a Child", Ed Skibbe to play piano on "I Miss Me", and Angie Lucht to sing harmony vocals on "Like a Child". Still, the arrangments are very minimalist, mostly acoustic guitar and vocal, no drums and bass.

Since the first song is called "Me", and 3 of the 5 songs have the word "me" in the title, I decided to just call the record "Me". And I decided to continue the "tradition" started in "Some Songs" of having a hidden track whose musical style is completely different from the rest of the record. I had written "Misfit" in the winter of 2008-2009, just as an experiment, lyrically and musically. I wasn't even going to record it or play it out. But several friends liked it and insisted on it. Since "Misfit" describes me, it just seemed a perfect hidden track to go on a record entitled "Me".

I hope you enjoy getting to know "Me".


What Others Are Saying About Me

"Rob is the troubadour of the misfit...and bless him for it. He has the voice for those of us who ran into road construction on the highway to life's grandest hopes and dreams. Rob sings of the humor and disappointment most of us encounter on our less than perfect journeys through this life. But even when the subject matter turns the darkest, even in his bleakest laments, there is a human voice of solidarity and of hope showing at the edges of the despair...the kind of hope and solidarity that could actually save a life. Rob's best tune on the album is 'You Could Have Had Me.' If it isn't speaking to a universal for the rest of us less than winners, then what the hell is music for? Buy his EP and listen to it when it when it actually matters...when you need a little hope at the edges of your darkness." --Kurt Loken

"...wittily sarcastic, poignantly emotional, and humorously edgy, with moments of beauty and grace and sadness and reflection." --Patrick Nagel

"...paints pictures of lost lovers, dreams of adventures, little girls emerging as women, and guys seeking their own niches in a tough world." --Sam Kunkle

"...funny in a self-deprecating way, reminds me lyrically of Greg Brown [and singing style] reminds me of John Gorka." --Dayna Scott

"...lyrical style is clever and insightful, with a strong sense of song structure and likable original melody lines." --Ken Langford

"Roper's literate pop/folk tunes are furnished from the same emotional stores we shop at. The songs look like us and ask 'Is this me?' And by implication is this you? Is this what you intended in your life?" --Melle Johnson

"I hear the sounds of Neil Young, Elton John and Jackson Brown but I also hear the unique sound of a newer songwriter enjoying the craft of writing and expressing his observations as he journey's thru life. Rob is indeed a troubadour making the most of his love for music and for the joy of crafting the word. You will enjoy his songs if you appreciate not the fancy overlays that the digital age of music has become, but simply the songwriter himself. Enjoy." --Jenn Cleary